Having always been a sensitive sleeper, to a degree it’s just been me.  Until the last decade when this became increased to an unbearable level.

This was a combination of over-anxious brain and disturbances due to the dreaded menopausal night sweats.  However, this has never stopped me from trying my hardest to overcome the lack of hours and quality of my sleep.  Some techniques have helped more than others.

First off, I’d like to add that resting is not laziness  I’ve battled with this for years.  And I’ve been my own worst critic.  I’m sure there will be mums reading this that agree with me.  It’s not our natural state to relax, sit down and chill when we have so much to do!

Hope for the Sensitive Sleeper!

I was incredibly interested when I came across the book Why We Sleep by Neuroscientist and Author Matthew Walker.

Recent studies show that 2/3rd of us don’t get enough sleep and the consequences of this are massive including an increased risk of developing cancer, dementia and heart disease says, Matthew Walker.

Why do we need sleep?

Mr Walker says we sleep for an abundant constellation of night-time benefits.  We used to ask the question what is the purpose of sleep?  As if there was one single function. That’s like saying why are we awake,  well for lots of reasons, the same is true for sleep and now we’ve had to open that question and ask, is there any process within your brain or any tissue or organ within your body that doesn’t benefit from sleep? The answer seems to be no.

Prioritise Sleep above everything

Matthew used to say that sleep was the third pillar of good health, but the evidence shows that’s not true.  It’s the foundation on which diet and exercise sit.

Is Losing Weight a Struggle?

A good example is if you’re trying to lose weight and manage your body weight.  If you’re not getting sufficient sleep, 70% of all the weight that you lose will come from muscle not fat.  If you’re not getting sufficient sleep your body becomes stingy in giving up that fat. When you exercise on minimal sleep, you exercising in a far less efficient way, you don’t burn the same number of calories.  Also, if you’re underslept, you are far more likely to get injuries and you can’t sustain your peak physical activity without sleep.  So it really is that foundation and not the third pillar.

In the last 70 years, we have entered a sleep-deprived epidemic. We’ve lost a huge chunk of our sleep, 20% to be exact.

In 1942 they did a Great Survey and they found that the average adult was sleeping 7.9 hours a night.  Now we know that number is closer to 6 1/2 hours a night.

Mother nature, over millions of years of evolution, had programmed us to need up eight hours sleep and in such a short space of time, we have shaved 20% off the amount of time we sleep. This has a massively detrimental effect. Mr Walker says it took mother nature 4.4 million years to put this thing called the necessity of an eight hour a night of sleep in place and within the space of you 80/90 years we have taken away 20% of that.  How could that not come with deleterious sickness and disease consequences and that’s exactly what you’re seeing today.

Are you a night owl or an early riser?

Sleep has an image problem

People are given a label of being a sloth or being lazy when they get eight hours of sleep a night!  This is remarkably strange.  We don’t look at a child asleep during the day and say what a lazy child because we know that sleep at that time of life, is absolutely essential.

It’s in the Genes!

However,  sometime between infancy and adulthood,  we abandon the notion that sleep is essential and we stigmatise it.  Mr Walker agrees that some people are morning types and some people are evening types.   It’s not actually a choice it’s genetic, and we actually know the genes that dictate what we call your chronotype.

So if during the week you go to bed early, wake up early and then at the weekend you binge on the sleep,  it does have deleterious health consequences, higher risk of things like diabetes as well as cardiovascular disease says, Mr Walker.  Dragging your body clock through these changes is almost the equivalent of flying back and forth to the middle of Europe and back every weekend.  That’s torture for your biology. Keep it regular.

Can You Bank It?!

Can you catch up on your sleep?  Wouldn’t it be lovely to think that sleep is like the bank, that you got accumulated debt, and then hope to pay it off at a later point in time?  Sadly,  it’s not like that.  You can’t get back lost sleep, so if you deprive yourself of sleep for an entire night,  you will try to sleep longer the second night.   However, you will never make up the eight hours that have been taken away.  So, there is no credit system in the brain that we can store up sleep and then spend it when you go into debt!

Keep your bedroom dark.  We are a dark deprived society in this era.  However,  need darkness to release a hormone called melatonin, which helps the timing of your sleep.  So in the last hour before bed, stay away from screens, dim down half of the lights in the house.

Keep it Cool.  The perfect bedroom temperature for sleep is 18.5°.  Colder than most people think, but your body needs to drop its temperature by about 1°C to initiate sleep and that’s the reason you always find it easier to fall asleep in a room that’s too cold than too hot. Too cold is taking you in the right thermal direction.

Don’t lie in bed awake.  If you are lying in bed awake too long, your brain learns the association of being in bed, is about being awake. So you need to break that association.  So get out of bed to do something else, only come back to bed when you are going to sleep.

Avoid an alcohol /Caffeine.  Most people know it’s a stimulant.   But did you know that even after 12 hours, 1/4 of that coffee remains in your system?  Imagine that would be having a coffee at noon and then by midnight it’s still there. Alcohol fragments your sleep and also blocks your dream sleep. Go caffeine free when you can.

Tips to fall to sleep

In this modern day and age, we rarely enter reflection mode.   So when we go to bed often, our mind starts whizzing, trying to make sense of our days.

Try to meditate.  Meditation has been proven to help people fall asleep faster and easier, especially if you’re anxious.  There are several Apps you can use to help.  I recommend using Headspace or Calm with Headphones.

Start a Worry Journal.  Let’s brain dump all that stuff in your mind, thoughts of your day, highs, lows, fears and your to-do lists.  Getting it all down onto the page is an incredible relief which scientific studies have proven is effective.

I’m in love with the Leuchtturm1917 Journal.  I have it in numerous colours and it comes in Plain, Ruled, Square or Dotted. 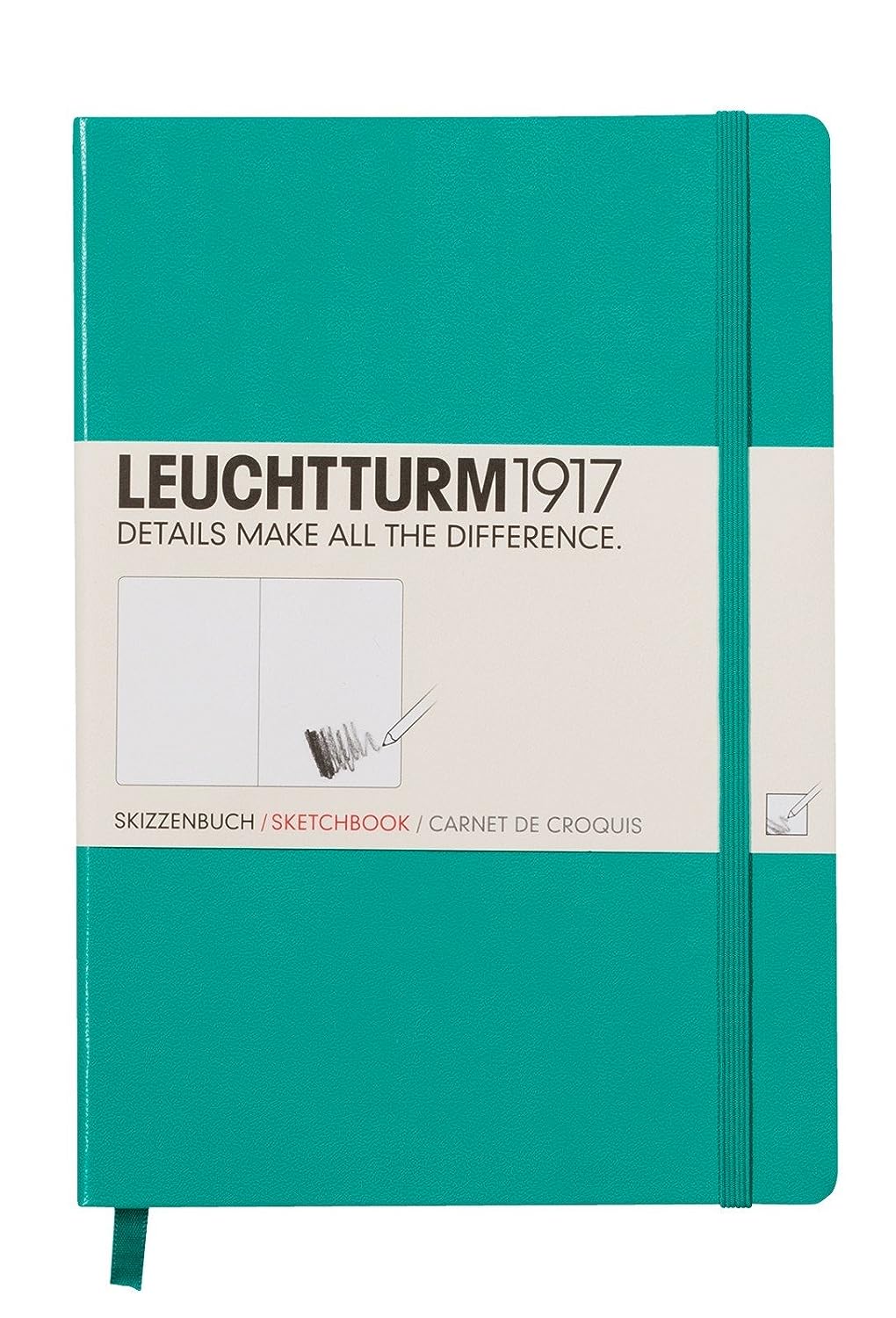 If you are kept awake with your partner snoring.  Earplugs can be used, but some people are more sensitive.

80% of people are undiagnosed with sleep apnea.  So if your partner is snoring, suggest they are tested for this condition by their GP with a sleep screening test.

Don’t knock me for suggesting this….

Separate Beds help people.  It’s called a sleep divorce, which prevents an actual divorce!  Sleeping separately can actually enhance relationships rather than moving them further apart.  Ensure you have a good nighttime routine with your partner.  Say goodnight to each other, then go to your separate beds.  Apparently, 30% of the population that suffers from the snoring knock-on effect, admit to sleeping in separate beds for these reasons.

Don’t knock it til you try it!

If you’re on a night shift, it can be impossible trying to get a constant sleep pattern.  Our brains and bodies are not designed to flip between day and night sleep.  During the day when you go to sleep, mimic the night with blackout curtains, use an eye mask, and bring down the temperature in the room to 18.5°.

Do you have any tips that work for you?  I’d love to hear them.

P.S If you haven’t already, join us now on our latest challenge!

(*This post contains Amazon Affiliate links. If you clicked the link then made a purchase, a small percentage of the sale price would be paid to this me. It doesn’t cost you anything more but it helps keep the lights on over here!)

This site uses cookies, which are small files stored on a server to help ensure a smooth user experience. Some cookies are functional and required to make this website work. Find out how to disable cookies in your browser by reading the full policy.Accept CookiesDisable third party, non-functional cookiesFull Policy